Nutrition and Healthy Lifestyles for Nigerians. 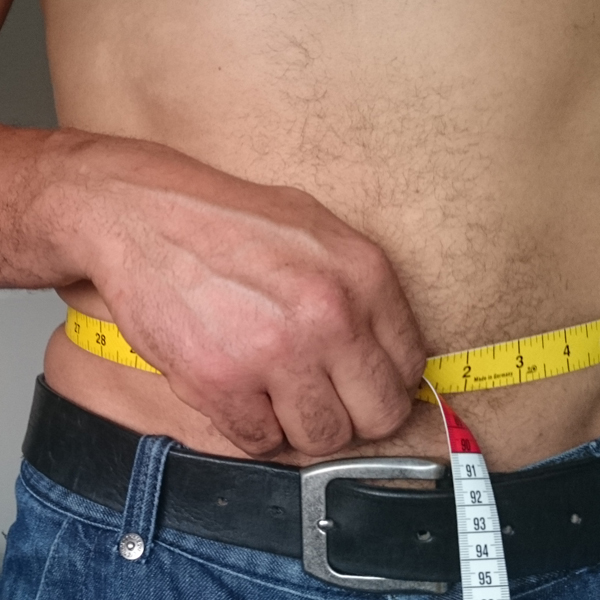 Fat is the human body’s insurance policy against hard times.  A body will naturally turn surplus energy from eaten food into fat stores. One would imagine that this would mean that by simply ensuring one eats the right amount of calories daily, one would maintain a healthy body-fat level.  It’s not that simple.

Consider these two people, each eating a Nigerian diet:

Ms. A,  a busy 32-year-old bank manager, works long hours. She starts her day with a coffee in lieu of breakfast, leaves her luxurious home at 7 am and spends the day in traffic in her chauffeur-driven 4×4, at her desk and in traffic again. Comes home at 7 pm and eats a large meal of rice, dodo (fried plantain) and chicken expertly prepared by her cook/housekeeper. This is her routine, 5 days a week, 46 weeks a year.  The only real change is the evening meal. Sometimes it is yam pottage, sometimes beans, she has the idea that rice is less ‘heavy’ than ‘swallow’ so she avoids foods like pounded yam, amala, eba (garri), starch, tuwo, etc.

Mr. B, a 56-year-old kitchen assistant at a prestigious Lagos bar and grill, works long hours. He starts his day with a cheap but filling snack from a street-food vendor as he leaves his home at 7am, a face-me-I-face-you rented room that he shares with two cousins. The snack may be an akara-burger; (fried beancakes pushed into the soft centre of a loaf of sweet Agege bread), a portion of adalu, (beans cooked with corn in palm-oil, pepper and onions) or designer rice (ofada rice with a peppery palm-oil and locust bean sauce). After travelling by public transport, (missing the good old days when he would travel by okada and cut around the traffic) he gets to work, where he spends the day on his feet, assisting the chefs and waiters in the kitchen. The bar and grill is quite exclusive and caters to the rich and powerful, (Ms. A has been there on a couple of dates) All day as he works, Mr. B nibbles away; surplus items in the kitchen, rejected dishes, extra titbits from friendly chefs, a bit of suya (spicy barbequed beef) here, a stray chicken wing there. Half a pitta bread with a smear of humus, stuff like that.  He works until 11 pm and heads home to arrive at midnight and go straight to bed. His only actual meal has been his street-food breakfast.

To look at the numbers, Ms. A is actually quite close to her daily recommended calorie intake of about 1800-2000  (sedentary female aged 32)  While Mr B  has far exceeded his of 2800 (active male aged 56) His non-stop eating racks up a massive 4500 calories.

Here’s the thing though.  Mr. B is skinny as a rail while Ms A is overweight.  Not only that, Mr. B is energetic and tireless while Ms. A feels lethargic and tired all day.  Sound familiar?  Here’s why.

(Note: This blog is not a place to debate creation vs. evolution. It doesn’t make a difference to the science. When I talk about the way human beings are designed, feel free to interpret that either as the work of a creator or the result of aeons of evolution.)

There are a number of factors at play here.  Firstly, human beings are designed to create more human beings. To this end, women are better at storing fat than men, the survival of our species used to depend on their ability to carry and nourish babies in times of hardship.  Secondly, Mr B. gets a lot of exercise walking back and forth at work, while Ms. A. spends most of her day sitting down.  These two factors contribute to the fact that A is overweight and B is slim but the most telling factor in this particular case is neither gender nor exercise levels.

Ms. A’s body has been conditioned to expect hardship. With 24 hours between meals, her body converts most of the energy supplied by her evening meal to fat in order to store energy for the hours of starvation at work the next day.  During the day, Ms. A will have limited access to energy despite having taken in an adequate daily supply of it in one sitting. The energy she should be burning is sitting in a spare tire around her waist. Her body is protective of its reserves.  She becomes energy efficient, her body controls her  exercise levels by making her feel lethargic and lazy. She literally lacks energy. She gets fat.

Mr. B’s body gets a constant supply of energy all day, starting with a big boost in the morning.  His body does not need to store fat because as he’s constantly grazing, there’s always energy to be had from food in his system. He burns through his large calorie intake as he goes along and his body is free and frivolous with its energy supply, he is known at work for his brisk walk, willingness to help others and his bubbly nature. He stays skinny.

Many of us know people like Ms. A and Mr. B  Some of you reading may be one or the other and understanding why is the first step on the road to change.  There’s much more to a healthy lifestyle than how many calories you eat in a day and a Nigerian diet is as healthy as any other.

Give your body a constant flow of energy; start with breakfast and spread your calorie count through the working day, don’t skip meals, do have a small snack between meals.  Once your body gets used to having a constant supply of energy, it will stop hoarding (creating fat cells) and you will feel energised. If you take advantage of the feeling and take some light exercise, you will find yourself in a weight-loss cycle.